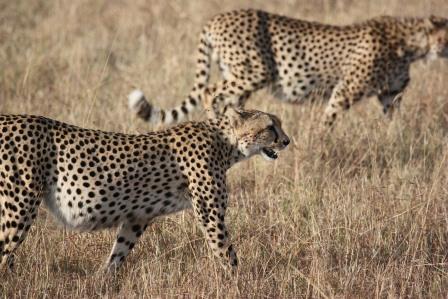 I’ve written before about Wisdom 2.0, the conference that bills itself as “addressing the great challenge of our age: to not only live connected to one another through technology, but to do so in ways that are beneficial to our own well-being, effective in our work, and useful to the world.”

This year while I was there, I was lucky to get to know innovative yoga instructor and author, Elise Marie Collins. Over the days, we talked about what would have happened if we’d known ahead of time the consequences that spending so much time with personal digital technology would have on our minds and bodies.

I wondered: now that effects—such as sluggish metabolisms and shortened attention spans—are known, would it be possible for other cultures to make the transition more thoughtfully?

A few weeks later, Elise alerted me to what’s happening among the Maasai, a semi-nomadic people of northern Tanzania. Just as it was instructive in Cuba to see how people there use personal digital technology, the Maasai are also surprising. 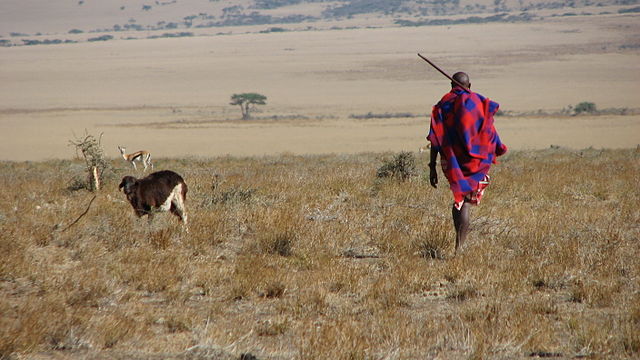 Back in 2002, when April Summitt (now a dean at La Sierra University) visited eastern Africa, cellphones were just beginning to arrive.

Summitt observed that the Maasai people were having serious internal discussions about how to integrate modern technology into their pastoral lives. The general sentiment at that time was to “accept and selectively use western technology, but not at the expense of their own traditions.” 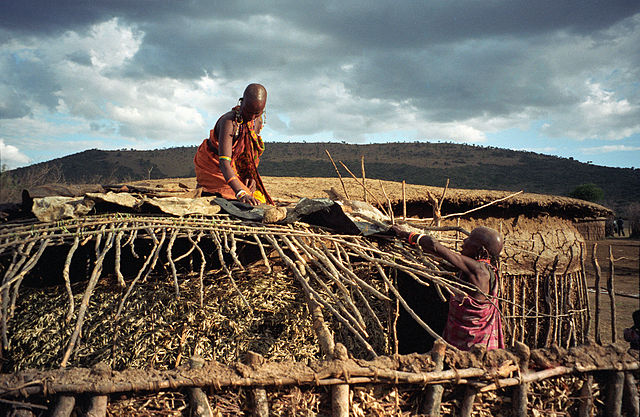 By 2014, when Virginia Tech Geography professor Timothy Baird arrived in northern Tanzania, “the cell phone had become a critical tool, like the short sword, worn together on a Maasai man’s belt,” as Susan Trulove of Research magazine reported on Baird’s findings. Also, as of 2014, among all developing countries, cellular subscriptions had burgeoned to 5.4 billion.

Today, the Maasai readily admit their phones are a godsend in terms of allowing instant communication, especially about threats.

“Boys that know how to read and write [so they can text] and know how to use a phone, are extremely useful herders now,” Baird told Kaleigh Rogers of Vice.com’s Motherboard. “It’s no longer just about being cunning or brave or strategic about the landscape or wildlife or whatnot. Knowing how to use a phone is a prerequisite now. When you send herders out, they need to have a phone with them.” 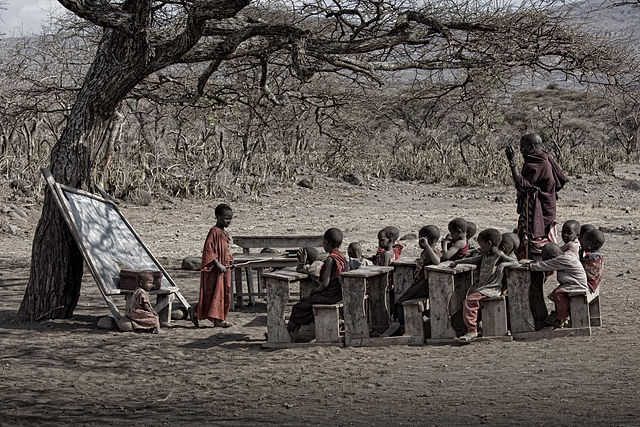 Phones are also used for other than life-or-death purposes, such as—in the case of teen boys—to flirt with girls on Facebook. Men tell Baird they like to use their phones to take photos “of cows and women.” (Baird has not interviewed Maasai women and girls as yet.)

What Baird has observed is that, because phones make individual Maasai families more independent, they are interacting less with the larger community. “Their internal bonds with other Maasai may be becoming weaker as they build bridges with others, especially non-Maasai. Nowadays, households don’t need to rely on their neighbors.”

Diesel generators and solar panels are mainly how people charge their phones. (Yes, Baird told me, there are solar panels on some thatched hut roofs!) Most people obtain their devices from China. Almost all are “feature phones” that allow calls, texting, email, and some apps, including Facebook.

But even as the Maasai delve into mobile banking, many long-held traditions persist, such as gifts or loans in the form of animals.

It seems then—as they had intended—the Maasai are thoughtfully incorporating technology. As Baird told National Geographic, which funded his research, “They’re not jumping on Epicurious for how to make a soufflé, they’re using their phones in ways that are relevant to their lives.” In other words—as tools to solve problems.

To learn how you can build quiet of mind and effectiveness of body in harmony with technology, read How To Be a Durable Human: Revive and Thrive in the Digital Age Through the Power of Self-Design. Learn more about this author on Google+ and sign up here for other Durable Human posts, news, and freebies.

Thanks for your taking the time to share your opinion. It’s interesting to see how simple basic cellphones are still quite useful!

Thanks so much for the shout out. A great article!

Thanks for using your ears to open my eyes!