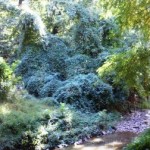 Is the economic damage from storms like Sandy worse because of invasive species? Maybe so, says a noted plant expert.

If you’ve ever noticed trees along the roadside that are draped with vines and look like a scene from a Dr. Seuss book, you’ve seen invasive species.

They may seem innocent enough at first, but if these outsiders are left to grow unchecked, they literally choke the life out of native trees—and everything in them. That’s because when a tree dies, all the insects, birds and other animals living on and within it are also dispersed or destroyed.

“We are losing plants and animals and nobody is even talking about it,” bemoaned biodiversity professor and author Douglas Tallamy, speaking to concerned farmers at the Piedmont Environmental Council in Middleburg, Virginia. “Plants and animals are the rivets holding the ecosystems that sustain us together. If the plants disappear which sustain those animals, then we too cannot be sustained. We need those other creatures to support us.” 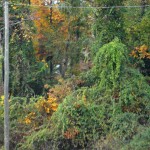 Invasive bushes, grasses and vines are rampant not only along roadsides, but in parks, farms and other open space around the world. In the U.S. alone, invasive weeds have caused at least $36 billion in damage to farms, golf courses, parks and residential yards. The worldwide cost is an estimated $1.4 trillion.

Further damage may happen in the heavy wind and rains of major storms because invasives-weakened trees and branches are more likely to break and fall on buildings and power lines. In New Jersey, for instance, three of the eight counties which sustained the most damage in Sandy—Cape May, Middlesex and Monmouth —are also among the counties most laden with invasives.

Dr. Tallamy has written a practical book about invasives called Bringing Nature Home. I asked him about the storm concept and whether invasives removal has become a hot potato among highway departments and utility companies.:

Looking on the bright side, by toppling so many trees, Sandy has created a rare opportunity. When replanting, property owners can do it right by choosing species which best rebuild the local flora and fauna. I have the Tallamy dream list of trees which turbocharge biodiversity in this post.

In the meantime, most states such as Virginia are waking up to the problem and have good information online about how to get rid of invasives and which natives to plant instead. 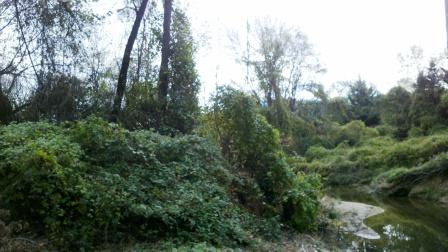 Looking to take charge of your assets as a human being and live more effectively in the digital world? Read How To Be a Durable Human: Revive and Thrive in the Digital Age Through the Power of Self-Design.

green books to give this holiday season | The Durable Human

Native Trees that Boost the Natural Environment | The Durable Human

I think it’s a great idea that the communities in New Jersey should consider the danger and frustration involved with invasive species as they go through the rebuilding process. I think that Dr. Tallamy’s list of power trees would be good for developers, contractors and homeowners not only in the areas that are being rebuilt, but for new building all around the country.

Very good point that the word should get out to national homebuilders’ associations, etc. Thanks!