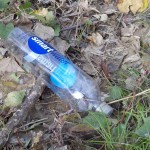 On the week that Sandy hit, to clean up a creek was therapeutic. Only a few days before, Nature had beset us with such wrath. The Washington, D.C. area got off with a glancing blow, but people to the north were not so lucky. While I couldn’t do much to relieve their suffering, I could do something for Nature. By clearing away some of the human detritus from this small corner of the earth, I attempted to narrow the rift that has grown between us. 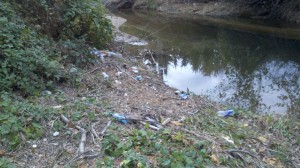 Pre-cleanup on the banks of Pimmit Run

Pimmit Run is a small stream that leads to the Potomac River (which supplies our local drinking water) and then on to the vast Chesapeake Bay. It runs through parkland owned by the county, near the growing city of Tysons, Virginia. For the past fifteen years, the volunteer group Fairfax Trails and Streams has held bi-yearly creek cleanups. The Fairfax County Park Authority then comes and hauls the trash away.

Going on a cleanup revives the kid in you. Splashing in the water is fun and it’s kind of like a treasure hunt, except about everything you find is plastic. 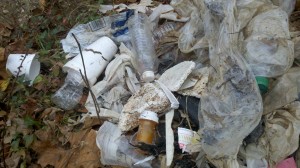 The experience defies math because you learn how 1 = 3. One bottle becomes three pieces of litter. 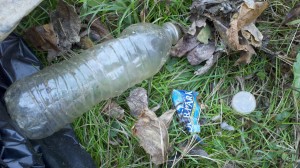 It doesn’t take long to realize why you don’t always need to use a straw. 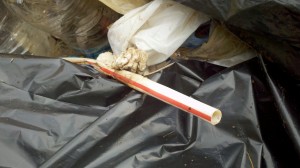 There are strange discoveries. A cluster of ubiquitous styrofoam… 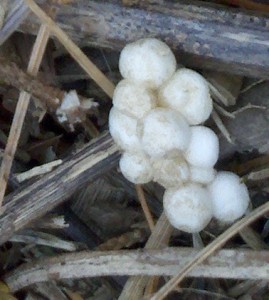 …looks just like the pattern in a decaying leaf. 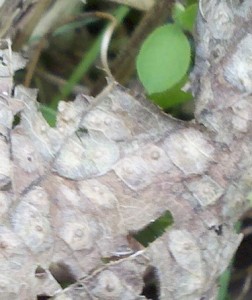 Some things you find are predictable. 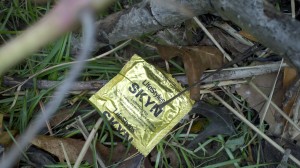 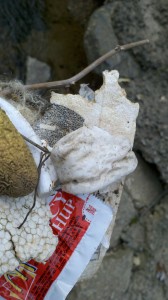 There can be treasure. I found a pen that still works.

Ed, our cleanup commander, now uses this salvaged snow saucer as his waterproof trash collection basket whenever he wades.

After three hours, this part of Pimmit Run is pristine again. Today it seems possible that people are getting a bit more mindful. The 15 bags we filled were half the usual take. 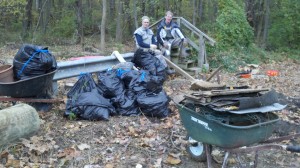 But you don’t have to wait around for an official cleanup. You can splash in a creek any day. Even picking up a cup by the sidewalk can be a good start.