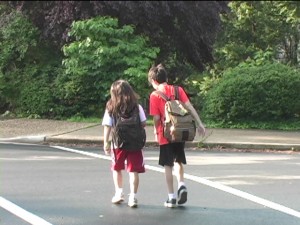 Can sidewalks save the country?

With so many of us getting so little exercise and nearly 20% of GNP being spent on treating people in poor health, the sedentary status quo is unsustainable.  “The U.S. economy will collapse if we keep spending the money we’re spending on medical services,” says Richard J. Jackson, a physician, UCLA professor and former US health official. The doctor’s prescription for improving health: make it easier for people to see friends, go to the bus, shopping, work and school under their own power. In Jackson’s words, “we have to build physical activity irresistibly into peoples’ lives.”

Dr. Jackson was keynote speaker at the International Making Cities Livable Conference in Portland, Oregon – a model city for active transportation. Jackson hosts a PBS series and has written a book on designing healthy communities.

He began with these sorry statistics:

Thankfully, other Jackson numbers proved his main point: that individuals and communities will be healthier if they are more active.

Meanwhile, a report by the National Association of Realtors shows that neighborhoods supported by good public transportation (which by definition are “walkable”) can be as valuable as beach front property. A person who uses a bus or train instead of driving can save $750,000 over a lifetime, according to planner/architect Jeff Speck’s new book, Walkable City.

Does your family need help to be more connected, active, and healthy? Then get the 1-page Time Priorities Checklist.

I’ve been writing for a while now about why kids who can safely walk or bike to school are happier, healthier, more independent and ready to learn. I asked Dr. Jackson what more parents, communities and schools can do to help kids become durable adults. As he says here, kids need different lessons than they are being taught in the classroom: (interview 1 minute 10 seconds)

I was honored (and lucky) to meet Dr. Jackson just as I was writing How To Be a Durable Human, so lots of his advice is in the book. You can read the book’s prequel, The Durable Human Manifesto, by downloading the free PDF here or buying the print version.

Learn more about the author of this post on Google+

One thought on “How Walking can Save America”