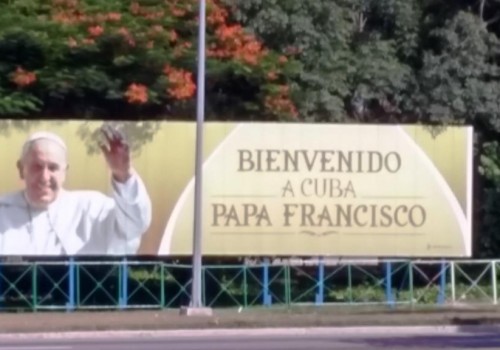 Spirituality in Cuba today reflects the country’s rich diversity and colonial roots. Despite the communist government’s previous repression of religious expression, Cubans are now “free to practice whatever they want,” according to the Cuban guide of a cultural tour I took of Havana, just a week before the arrival of Roman Catholic Pope Francis.

Spanish settlers brought Catholicism to Cuba in the early 1500s. Within a century, colonial germs and activities had wiped out the native population and most of its cultural practices. By the 1700s, Africans were being brought to the island and enslaved. Their work soon became essential to Cuban commerce.

During that period, Africans were often made to attend Catholic mass. Over the years, as slaves gradually regained their freedom, Catholic practices blended with African religious traditions, including the worship of numerous deities. An example is Ochun—symbol of motherhood and water. Our guide describes the goddess as open-hearted and sensual, adding, “All men are in love with Ochun.”

The melding of Catholic and African beliefs became known as Santería.

In 2010, the Pew Forum estimated that about 60% of Cubans are Christian (“mainly Catholics”), 23% are unaffiliated, and 17% practice “folk religions,” such as Santería. But other estimates, including by the Washington Office on Latin America, indicate that only 1.5% to 5% of Cubans openly practice Catholicism. According to the 2012 Cuban census, 64% of Cuban residents identified as White, 27% as Mulatto, and 9% as Black.

As of 2015, according to our guide, many Cubans don’t have a religion, per se, but have faith and “do [spiritual] things to help you achieve your goals.”

Since the revolution in 1959, Catholic popes John Paul II, Benedict, and now Francis, have acted as envoys between the U.S. and Cuba. In May, Cuban president Raul Castro met with Francis in Rome to thank him for bettering relations. The current pontiff has so impressed President Castro, he says he may return to the Catholic church, whose Jesuit priests educated him as a boy.

President Castro was in the front row when Pope Francis said mass on the first day of his visit to Cuba. From the altar, the pontiff could gaze over the crowd in Havana’s vast Revolution Square at dramatic monoliths including the towering Jose Marti memorial and the Ministry of the Interior, which bears a huge image of the revolutionary, Che Guevara. Another large building had been draped with a huge image of Jesus Christ. 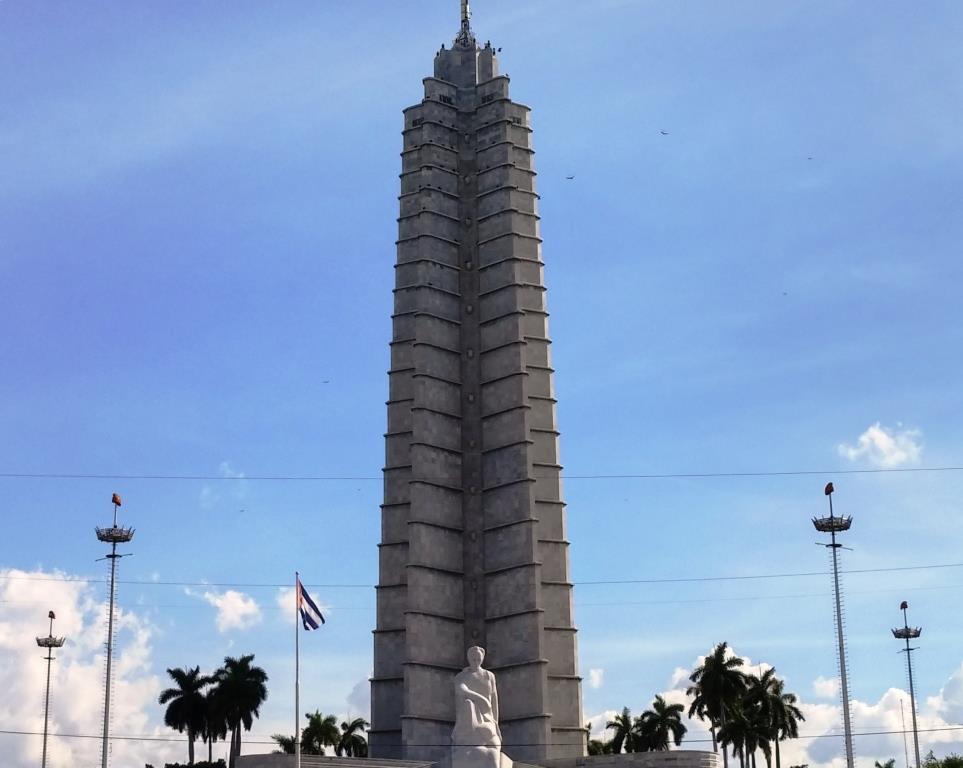 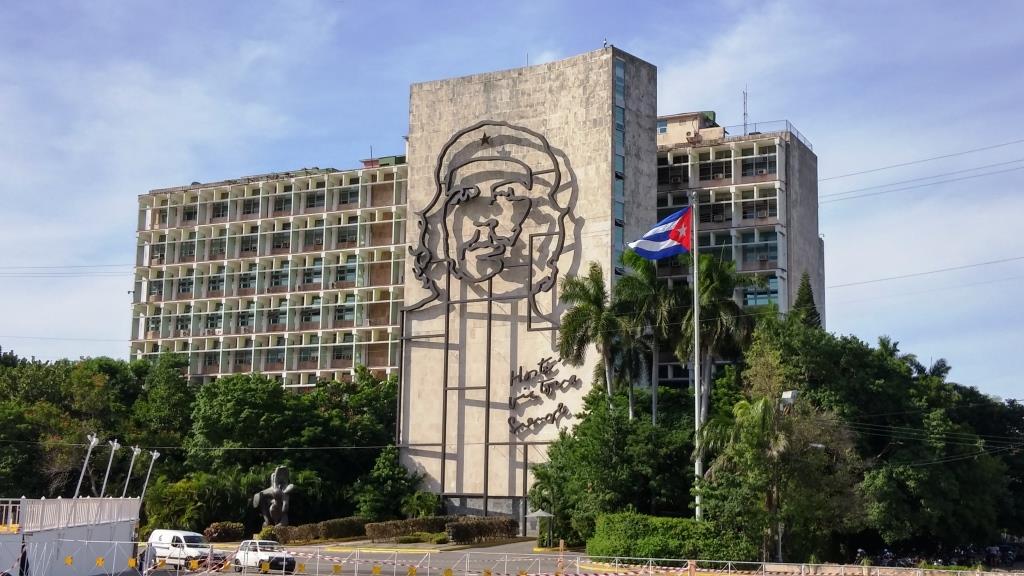 Havana Archbishop Jaime Ortega thanked the pontiff during the mass “for having the courage to start a process of reconciliation between Cuba and the U.S.” The one and only time the Pope received applause was when he said, “Please, we do not have the right to allow ourselves yet another failure on the path to peace and reconciliation.”

From Cuba, Francis flies directly to Washington, D.C., where he’ll meet with the president and address Congress. Other activities on his packed agenda include speaking in New York to the United Nations.

Considering  what could soon be happening to their country, Cubans’ hopes are buoyant. Our guide did not mince words about her compatriots’ view of the Francis visit:

“The Pope is coming to help.”

Altar being prepared for papal visit

Jenifer Joy Madden is a health journalist, digital media professor, tech hygienist, and inveterate parent of three durable young adults. Her words have informed millions on news outlets including ABC News, The Washington Post, and in her books, How To Be a Durable Human: Revive and Thrive in the Digital Age Through the Power of Self-Design and The Durable Human Manifesto: Practical Wisdom for Living and Parenting in the Digital World.

Just incredible that you were in Havana so close to the Pope being there today! Thank you for these thoughts about a rich culture on the brink of much change. A joy to see these lively, beautiful people.