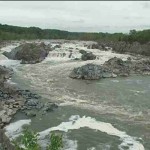 If you live near the Nation’s Capital and don’t care whether the Potomac River runs dry, prepare to get very thirsty. That’s because the water for every person, business and industry in the area comes from that single source.

Every day, a small number of intake dams near northern Virginia’s Great Falls National Park suck 400 million cubic gallons of water from the river.  But, if we aren’t careful, the thundering falls could go silent.

According to Dr. E-an Zen, world authority on Potomac River geology, if the local population continues to grow and water usage is not managed wisely, demand will exceed supply and the Potomac could become “a series of semi-stagnant pools connected by trickles of water.” 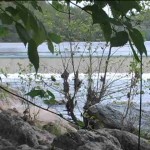 There have been ominous signs of that trajectory. During the drought of 1999, for instance, water flow dropped dramatically, the river temperature increased and a large number of fish and other wildlife died. If local governments had asked people to use a little less water, the fish kill might have been averted. But, only Maryland issued an appeal for water conservation, while the state of Virginia refused.

At least three fairly severe droughts have occured locally in the past five years.  According to Dr. Zen, “A couple of times we had droughts, the governors refused to declare emergencies because it’s not politically wise.”  He contends that states should at least “show some concern. Don’t say ‘We have plenty. Don’t worry’.”

The typical Washingtonian uses about 150 gallons of water every day. Dr. Zen tracked his own usage and found he consumes one-third of that amount and could easily cut back more.  Measuring water usage is a good way for everyone to become more water-aware, especially kids, Dr. Zen told The Durable Human. 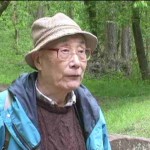 Keith Tomlinson, a fellow of the National Academy of Sciences and manager of northern Virginia’s Meadowlark Botanical Gardens, recently organized a walk and talk with Dr. Zen through Great Falls Park. Keith pointed out that the April 2010 issue of National Geographic Magazine is entirely devoted to worldwide water issues.  Blog Action Day focused on the topic this year and has many useful links.

At the end of the sojourn, Dr. Zen was asked how long it will take for Washington to be in a full-blown water crisis.  He answered with only this question: “How fast do you think humans will change behavior?”

Speaking of  behavior, want some inspiration for being your most durable self and raising active, nature-engaged kids? Read the easy, breezy 15-minute Durable Human  Manifesto. Now also a 25-minute Audiobook, complete with the sounds of music, the outdoors and happy people!

ALso, if people know that their neighbors are measuring and lowering personal water usage, peer pressure is likely to set in. If you have not read it yet, this is an interesting article about using peer pressure to change behavior: http://bit.ly/cmXeIw

Have a great week!