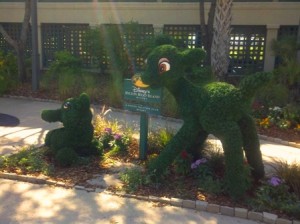 In pre-digital times, parents were the ones who craved time off to recharge their batteries.  But in today’s switched-on world, entire families are in need of unplugged rest and relaxation. A spot within easy driving distance from Washington helps everyone get back on a healthier beat.

“Non-ado” is a sweet term I learned from Martin Ogle, longtime Chief Naturalist at Potomac Overlook Regional Park in Arlington, Virginia. He was invited recently to speak to the outdoor education advocacy group, NoVA Outside.  Martin says nature proceeds at its own unrushed, regular rhythm. Non-ado, and the Taoist concept of Wu-wei, refer to one’s ability to exist in harmony with that age-old cadence.

Martin joins spiritualist Thomas Merton  and author Walter Kerr, who contend that our hyper-busy, high-tech society is out of sync with the rhythm of nature, causing us maladies ranging from anxiety to depression. In other words, we are suffering because we no longer go with Nature’s flow. Spending time outside helps rectify new-age angst. Or, in Martin’s words, “there are a lot of questions that being outdoors helps answer.” 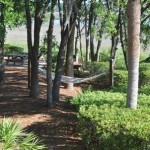 Recently, our family went in search of spring break tranquility. It might have been the rustle of spanish moss on the massive live oaks – or the hammocks beckoning beneath –  but it was easy to slip into a state of non-ado at Disney’s Hilton Head Island Resort. 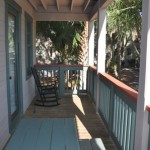 Comfy porch rockers invite you to chill out at this warm South Carolina hideaway only six hours from the Nation’s Capital.

After you’ve had a breather, it’s time to slide into the Big Dipper Pool or play old-fashioned games like horseshoes and shuffle board. 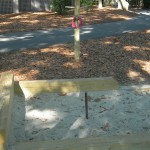 But Walt Disney would never be content with only DIY amusement. Helpful employees called “cast members” assist with all kinds of activities which have an emphasis on nature.

Working with paintbrush and paper at large wooden tables, kids have plenty of elbow room for gyotaku, the ancient Japanese art of fish rubbing. Teens head out with the cast to play mini-golf or games on the beach. When they want to be together, families can don rubber boots for outings such as exploring the marsh at low tide with a naturalist. 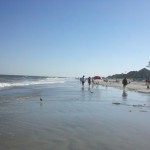 The resort’s flat, white sand beach is located about a mile across the island, but there’s no reason to get in the car. Take the free shuttle or ride the flat, protected bike trails instead. Try to BYOB (bring your own bikes) because rentals are pricey. 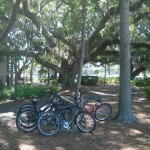 Each unit has at least a cook top and fridge, if not a full kitchen. Remember to pick  up provisions on the way because the gift shop carries only the basics. If you want to splurge for dinner, many restaurants are just a short stroll past the gleaming yachts docked in Shelter Cove. 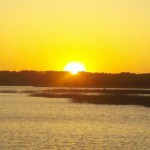 After watching sunset from the fishing pier, evenings can be spent around a campfire while cast members tell stories and make s’mores.

While it’s true that price can put a Disney resort out of reach, there’s no harm in borrowing Walt’s ideas. Creating Wu-wei in your own back yard or nearby park doesn’t take much –  just some creativity and the will to put the gadgets aside and let Nature set the tempo. 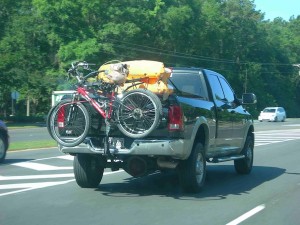